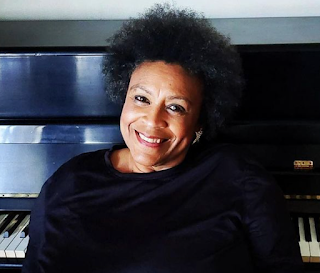 Between 1977-1981 Frankie Staton began honing her craft as an entertainer when she performed at the High Point Market (formerly the International Home Furnishings Market), the largest home furnishings trade show in the world, which consistently attracted 70,000-80,000 attendees from over 100 countries, giving Staton experience performing for a global audience during her first five years as a musician. This experience inspired Staton to relocate to Nashville, TN in 1981 to share her unique style of piano playing and storytelling with a larger music market where she would establish herself as one of the most celebrated house musicians at the Gaylord Opryland Hotel & Convention Center, one of the 30 largest hotels in the world.

While performing regularly at The Brass Rail in Printer's Alley, Staton defied expectations as an African American woman who entertained Nashville audiences with a diverse range of music genres that included country music. Staton became a performer on The Ralph Emery Early Morning Show for 10 years while also making several appearances performing on the American talk show, Nashville Now. In addition to receiving positive critical reception at the Apollo Theater in Harlem, NY after performing "Never Too Late," one of her original jazz songs, Staton also showcased her talents outside of Nashville in places which include: Memphis, TN; Washington, D.C.; Aspen, CO; Atlanta, GA; Dallas, TX; Salem, MA; Milwaukee, WI; Kauai, HI; and Devon, England.

While Staton found her niche in Nashville as a thriving artist, Staton was not content. Many artists in 1990s Nashville were there to make a living; Staton was there to make history. After reading a New York Times story which claimed that African Americans neither sang nor listened to country music, Staton challenged the story by creating the first Black Country Music Showcase at the Bluebird Cafe in 1997. Within five years, Staton created a national platform for over 60 country singers of color across the U.S. who had struggled to gain opportunities in the country music industry. On November 11, 2020, Rolling Stone published a story detailing Staton's efforts to diversify country music.

In 2022, while Staton has made appearances on the Black Opry and in the Amazon documentary, For Love & Country, to show her support for the next generation of country artists of color, Staton continues to perform regularly in Nashville and aspires to bring her story and her music to film. With over four decades of experience as an entertainer, pianist, and singer-songwriter connecting with audiences from all over the world, Staton has proven the unanimous effect that her music has on listeners.

Popular posts from this blog